Should you choose Scrum or Kanban as your preferred way of working?

In a mature team they will look quite similar. It is not an obvious choice and different experts have strong, but different opinions. I am not affiliated with either framework, but have significant experience in both ways of working (roughly 100 teams doing Scrum and 15 teams doing Kanban) so I will share my thoughts and let you decide for yourself.

The most significant difference between Scrum and Kanban is the timeboxed Sprints. In my experience most software development teams have great benefits from working in cross-functional self-organizing teams and make good use of the three roles (Product Owner, Scrum Master and Developer) so in that scenario it might make sense to use those parts even if you are doing Kanban. In fact, you can combine Scrum and Kanban any way you like, this is called Scrumban. A Scrum team might for example choose to put WIP limits on the states on their board and pull work in Daily Scrum based on those.

The most significant difference between Scrum and Kanban for most teams is the timebox. So the key question to ask yourself is if the timebox is more of a benefit or more of a drawback. To many agile/lean coaches the answer seems obvious – it is a drawback, because it makes the ideal of one-piece-flow impossible. And according to lean and Toyota one-piece-flow is part of the ideal endstate (True North) and therefore Kanban is better than Scrum. While there is truth in this, I do not think it is that simple. There are other aspects to consider as well. First of all, the timebox provides focus and a goal that is not needed in a manufacturing context where the cadence is built into the work process (Takt time). Secondly time boxing is used in time management techniques to increase focus and output so it clearly has benefits as well as drawbacks, even if it is a roadblock for True North. Let’s examine timeboxing a bit deeper. Some agile/lean coaches will also argue that the timebox prevents you from releasing as soon as things are done, but I don’t really see any reason for that. If the team and processes are mature enough to release as soon as things are ready – what’s stopping you?

For teams that are new the benefits of learning how to deeply collaborate and be more or less forced to become more cross-functional and less dependent on individuals might outweigh the drawbacks. In my experience the path to learning to achieve acceptable levels of predictability is faster with Scrum than with Kanban. On the other hand, it is significantly easier and faster to start with Kanban. All teams I have worked with that has started with Kanban has seen significant benefits within weeks, but a some Scrum teams have struggled a bit in the beginning.

The answer on what the best choice is unfortunately “it depends”. But here are some thoughts that might be helpful.

As you can see from arguments above, this becomes less important for mature teams which is some of the reason why very mature teams tend to gravitate towards Kanban. But this doesn’t necessarily mean that all teams should mature towards continuous flow, all benefits and drawbacks needs to be considered in the teams context.

As concluding remark Kanban is much more generally applicable than Scrum. It can be used by pretty much any team and it is very easy to get going. And it can even help visualize and manage work across teams. That being said, I believe Scrum still has a valid place in the agile community and even though timeboxes have drawbacks, the benefits will sometimes outweigh the drawbacks. 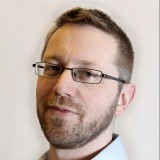